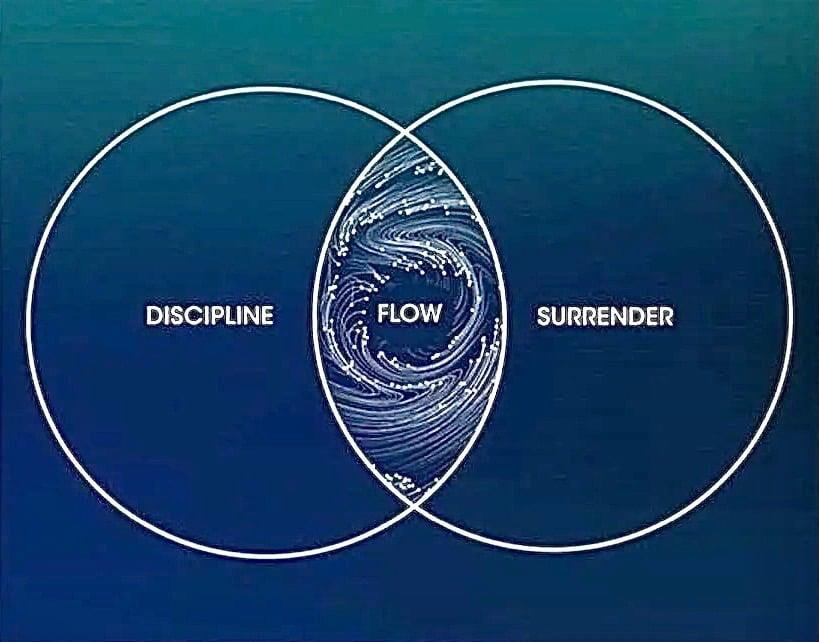 Such a simple diagram, but such an important message! In healing from physical illness, metal illness, addiction, or just working towards in important life goal, it IS important to put effort in (discipline) to what you are doing, trying to accomplish. But too much effort leads to obsession, anxiety, and eventually burnout. Healing, while it can be so hard, we need to surrender to the process, we need to give things time.

There was a great story I heard from John Kabat-Zinn in one of his talks on mindfulness. There was a device that was trying to trap monkeys. Inside the trap was a banana and a hole that when the monkey would put his hand through would close down and trap him. Of course, the monkey wanted that banana so he would put his hand through, grasp the banana, and the device would close around his hand, trapping him. The funny thing is, if the monkey let the banana go, the device would open back up releasing his hand and the monkey would be set free. But the monkey wanted that banana so badly, he wouldn’t let go of it. And this obsession with the banana, this grasping (literally and figuratively), kept him being trapped.

In life, when you have discipline but also surrender to the process, you enter the flow state. In that flow state is where the healing takes place.